New pictures for the series “The beauty of Decay” 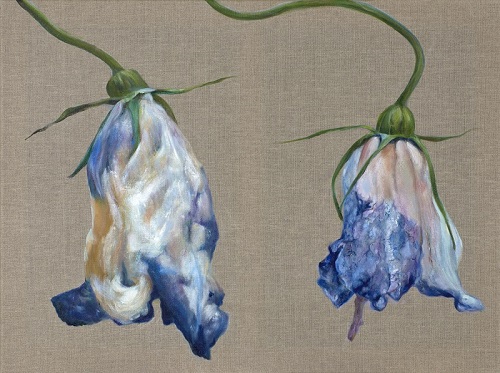 Marieluise Bantel has added two new paintings to her series of paintings “The Beauty of Decay”. The series now comprises twelve pictures of flower painting.

One picture shows two faded meadow bellflowers (Oil on canvas, 60 x 80 cm). Although their petals have lost some of their elasticity, that is precisely why they offer interesting forms reminiscent of cloths that lie in soft folds. Also the colours have gained a new characteristic in the state of withering of the plant. While the stems have retained their lush green, the fading blue of the plants seems to light up. 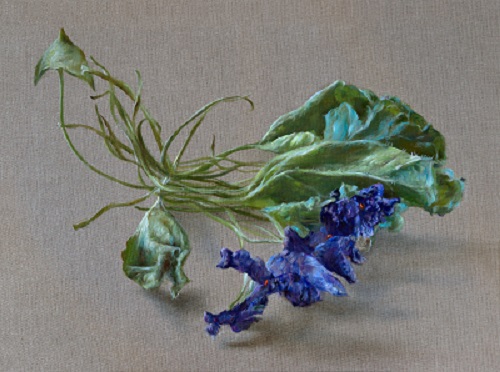 The second picture is also dedicated to material transience, in keeping with the theme of the picture series. The flower painting shows wilted violets (Oil on canvas, 60 x 80 cm), which gain in true beauty in form and colour in the transition to decay. Lush leaves create attention through their changeable texture. The blossoms act like narrators of a story, who are only able to tell because they have left the phase of youth behind them. Every bend and crease, the power of colour and the shadow cast by the plants are messages of life and beauty and arouse the curiosity of the attentive observer.

All paintings of the series “The Beauty of Decay” are oil paintings on canvas. The painting series shows plants in the last stage of life. In the phase of passing away, plants unfold their full beauty in a new form – they transform their vitality against fragile grace. This inspired Marieluise Bantel to create her paintings, with which she expands the concept of beauty to include the dimension of decay. This gives the pictures in this series a special depth that goes beyond what is seen, as art demands.

By turning away socially from the theme of the transitoriness of life, most people are deprived of the view of all the expressiveness, power and splendour that lies in the transition to a new state. However, the flower painting of this series is intended to direct the gaze to the passing, so that it can be dealt with. This grasping provides the possibility of recognizing that the Decay has a special Beauty. 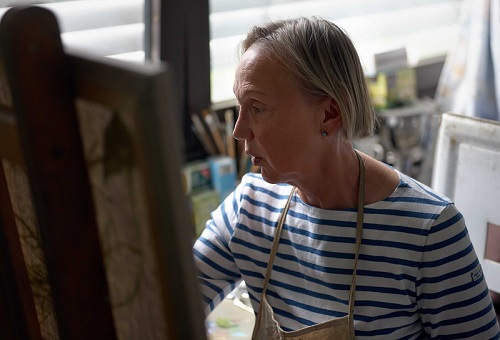 Faced with decay, one understands that any turning away from this theme is not only due to the fear of the transience of life, but is also a denial of the beautiful. In this respect the pictures do not allow any distractions. After all, there is no need for a “around it” that distracts from the beauty that is revealed in the passing of time and desires our knowledge. Age and decay are unique and flawless in their individuality, as is the experience of youth. To grasp this is a possible quintessence that can be distilled from this work project.

The series will be continued with further paintings on which the artist is already working.

All pictures on the website marieluise-barbara-bantel.de are subject to copyright and may only be reproduced with written permission.

The cookies classified as necessary are stored on your browser, as they are essential for the basic functions of the website.
Necessary Always Enabled

Send this to a friend